There are a lot of different ways sports fans can follow their favorite teams. The development of technology over the years has allowed them to be in a moment’s grasp with cell phones becoming personal computers.

Gone are the days of looking over box scores in the local newspaper. There are applications catered to sports fans on different levels, whether they’re looking for the latest scores, standings, schedules, news, Super Bowl predictions, and any bits of information.

Because of the technology boom and cell phone service nationwide and internationally, it has been advantageous for all sports leagues and teams to develop their own apps for fans to consume content. Here is a breakdown of what apps sports fans should use based on their interest levels.

The legalization of gambling in sports has been a boon for everyone. From advertisers to the networks to the players who are showcasing their skills to people who may never have watched them prior, the sports world is better for betting on games.

Of course, there are a lot of negatives, but the positives heavily outweigh those, including on an economic level for the states. Sports leagues are leaning into gambling as well, with sports books like Sportsbook Betting App partnering with franchises to create lounges in the arenas or stadiums.

Those same companies, along with other sportsbooks, have their own applications that allow fans to place a bet at any time as long as they are in a legal state. Sports betting has evolved as a result of the opportunity to bet on sports as they are happening with lines and money lines moving.

Another app for sports bettors to check out is the Action Network, which allows users to track their bets across multiple apps to see how they are doing. It also has analysis and the ability to check what the public is picking.

The emergence of fantasy sports over the past half-century is impressive. From tabulating points by hand after reading the newspaper to getting instant updates on a phone or watch, the development of technology has been big for the fantasy industry.

There are a lot of websites that have fantasy sports. The big two are Yahoo and ESPN, but there are some other networks, such as FOX, and smaller start-ups like Fantrax, that have their own fantasy sports apps that allow users to draft teams on their phones.

It’s optimal for checking scores, injury news, and transactions and get the live scoring of the fantasy matchup. There are also daily fantasy sports sites that host tournaments.

Of course, some have a live app that tailors notifications and analysis pieces just to fantasy sports players.

The great part about sports is the different levels of fandoms. Some people grow up in a town with several major professional sports teams, and they become a fan for life. Philadelphia is certainly one of those towns with the Phillies, Flyers, Eagles, 76ers, and more. It is more popular than it is uncommon for professional sports teams to have their own apps, and they often pay their own content creators to bring coverage and analysis to fans.

Even a lot of college teams have their own apps. This allows fans to track the latest news and videos and has decent in-game coverage.

More in-depth fans may care about what is going on around the different leagues their favorite team competes in. They’re in luck because most professional sports leagues have their own apps that include daily schedules, scores, standings updates, and more. Some even offer streaming options to watch games from around the league, though those may be on a subscription level aside from a game a night that may be free.

Leagues like MLB, NHL, NBA, NFL, and more have their own apps, and notifications can be tailored to whatever and whoever the sports fan wants to keep up with.

Nobody is more connected to teams than the beat writers. Downloading their publication’s app, whether the local newspaper or a larger sports vertical like The Athletic, will easily allow for the latest analysis, breaking news, and more coverage. 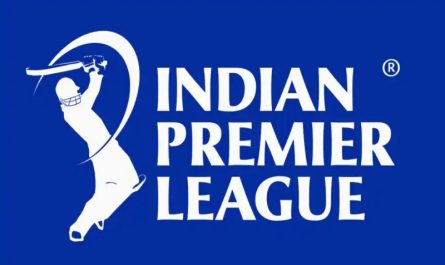 Can Be Used By Everyone